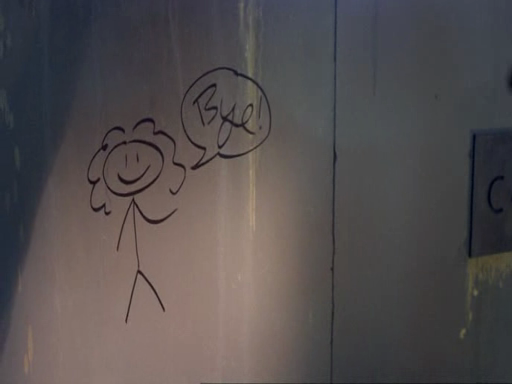 What We First Thought:  That was great. We think.

So after 11 weeks (or for these reviews - roughly a month) it’s come to this.  Will The Pandorica Opens/The Big Bang fall into that trap of being a disappointing ‘finale’ like the majority of its processors? As that ancient saying goes – “Does it bollocks!”  What we get is a slick but yet, satisfying ending that still leaves threads over to be picked up for the next series.  It all looks cosier than a Teddy sat with his paws up on a leather chair, wearing a dressing gown and drinking a glass of port.

What these episodes do, is encapsulate everything that we’ve seen in the series so far.  I’ve commentated in the fanzine that Steven Moffat isn’t a writer who just throws in lines and scenes in for effect – he has uses for everything.  Lines such as ‘There was a goblin. Or a trickster, or a warrior. A nameless, terrible thing, soaked in the blood of a billion galaxies. The most feared being in all the cosmos. Nothing could stop it, or hold it, or reason with it - one day it would just drop out of the sky and tear down your world.’ are just brilliant. It’s something that perfectly describes what The Doctor is, but yet, we’re left thinking that it’s some other monster.  The only real disappointment is that I thought The Doctor should have questioned himself more about this.  We had the self-loathing in Amy Choice and it would have been a fine link to see him berating himself, whilst locked up.

When I first watched this, I must admit I was a little slow on the uptake.  It probably isn’t the fault of the story, I was a little distracted, but on this watch I fully understand the story a lot better.  The return of Rory, which was always going to happen, was very well done and contained a nice twist on the Autons too.  His ‘return scene’ was brilliantly done I thought – with The Doctor not realising for a bit and when he did – he had to poke him to make sure!  Again, this is something that could have overdone with using emotion as an affect – Rory’s return saw him not being remembered by his Fiancé and The Doctor forgetting he was dead!

This story is notable for the amount of ‘monsters’ it had in it - I did think that having all of them (and a kitchen sink) in there, was a little bit far-fetched, the story could have worked with just a few of them.  The scenes reminded me of The Daleks’ Master Plan – where the Daleks headed up a meeting of some of the universe’ most influential people. Sadly, no double-cross was going on so the Daleks very much remain the uncomfortable image they projected during Victory of the Daleks, as they force The Doctor into his box.  I can just about understand why they kept The Doctor imprisoned, but wouldn’t it have been more convenient if they just killed him? They weren’t aware that the TARDIS blowing up would have started the cracks that would end the universe, yet they believe locking The Doctor up, giving him a chance to escape in the future (he’s alive – there’s always a chance), was the right thing to do? Surely The Doctor (from their point-of-view) wouldn’t be able to cause any more cracks in the universe, if he was dead?  Obviously killing The Doctor would mean the end of the show, but not to make an explanation or why he was imprisoned was very un-Moffat like.

The cliffhanger is great though – as the universe is fading into darkness, The Doctor is imprisoned, River is stuck in the exploding TARDIS and Rory is cradling a dead Amy, as all the stars go out. It’s pure poetry, and for me, one of the better cliffhangers since 2005 (It isn’t an ‘everybody is The Master’ cliffhanger, for example!)  The start of The Big Bang isn’t bad either – a pre-title sequence of epic proportions is ended by Amy warning Amelia (and thus, the audience) that ‘it’s going to get complicated’.  Speaking of which – it was very complicated to get The Doctor out of the Pandorica, wasn’t it?  All it took was a sonic screwdriver (or The Doctor’s magic wand as it is these days!)  I let that slide though, only for the resulting scene in which The Doctor baited Rory with his ‘Amy isn’t important’ line, which got Rory up for the fight – and a punch from him for The Doctor!  This is a side of The Doctor we’ve seen before, recently in The Lodger when he made Sophie realise that she could do whatever she wants (her in case – travelling/volunteering to look after apes).

I’ve not yet mentioned the performances by the cast, which were brilliant as always, but Matt Smith was, yet again, something else.  Could we have (realistically) wished for a better actor to take over the role from David Tennant?  He’s shown so many sides to his character this series, but it’s only in these last two that we finally get to see all his emotions in full flow.  The way he’s pleading to the alliance that he’s done nothing wrong, belonged to a man much older than his looks (very apt from The Doctor).  And then there’s him talking to the sleeping Amelia, as he relives his own timeline.  The way he delivers his lines just tells me that he spends plenty of time learning and converting them into how his character would interpet them, because they’re absolutely perfect.  My favourite was ‘We’re all stories in the end’, which is a perfect summing up of the series, Doctor Who and even life in general!

The scenes at the wedding were a bit so-so for me, I liked most of it, but I would have liked a more practical solution than just ‘wishing The Doctor back’.  I know it plays into the fairytale aspect of the series, but despite it being explained, I still thought it came off as a ‘bit of magic’.  Maybe it’s just me, I don’t know!  Otherwise, I really enjoyed the ‘Something Old, Something New, Something Borrowed and Something Blue’ line, which perfectly describes the TARDIS – and The Doctor!

When I started these reviews, I wanted to just say things that I noticed second time round.  I’m sure if you’re reading this, then you already know the plot backwards, so I’ll just finish by saying what a perfect ending this was to the series. But was it the ending? To be me it seemed like the beginning - we still have the Amy-Rory story, River’s story, the continued development of Matt Smith’s take on The Doctor and we still don’t have a clue who blew up the TARDIS!  All these plot threads were left hanging over for Steven Moffat and the team to pick up on, and of course, to make us fans excited about the future.

And I can’t wait to find out!

What We Think Now: On the whole, that was great. More of this please!

If you would like to contribute a 5-word review for A Christmas Carol please @ us on Twitter, using the hashtag #humbug, or post on our Facebook Page!
alex kingston arthur darvil daleks doctor who dr who karen gillan matt smith series 5 steven moffat