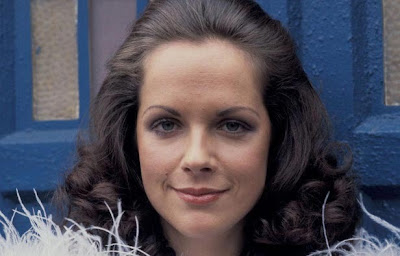 It’s proved to be a difficult 12 months or so for the Doctor Who world, even more so recently, as we have lost Mary Tamm, just over a week after Caroline John.  Known by fans for playing Romana during the Key To Time series, Mary brought a touch of class, which only reinforced her character as an equal to The Doctor.  I particularly enjoy her teasing of The Doctor throughout that series and the dynamic, which makes The Doctor look a bit uncomfy in his own TARDIS, was played out brilliantly.

Mary left before filming of the next series, which saw Lalla Ward take over as her next regeneration.  Despite willing to come back and film a regeneration scene, she was never invited to do so, which makes the scene at the start of Destiny of The Daleks, all the more baffling.  Mary’s reason for leaving in the first place, was because she felt that her character wouldn’t have been developed. To be honest, I think that reason has to be admired.  I much prefer someone to be so caring about their role that they were willing to challenge the writing, in order to improve, rather than sit there and take the job, and that just tells you what type of character Mary Tamm was.

Unlike (I think it’s fair to say) most former Doctor Who companions, Mary had a very steady career after Doctor Who and was still working regularly before her passing.  The Big Finish Fourth Doctor Adventures which she recorded with Tom, are due to be released from January and will feature her long-awaited return as Romana alongside The Doctor and K9.  At the weekend, I was at a Doctor Who convention where it was clear that her friend, Louise Jameson was very upset and Colin Baker even mentioned that he exchanged e-mails with Mary on a regular basis, but he never knew about her illness.  I think that speaks volumes about a lady who wanted to keep her news private without any fuss.  Big Finish even reveal in their tribute that they thought that the series was important to her.

Like all sad Who passings, I hope you can take the time to remember them, watch their episodes and enjoy their performances, because without them Doctor Who would be very different indeed!  I always watch this off-camera video (below) and smile. It’s like a peak into the TARDIS on their day off!