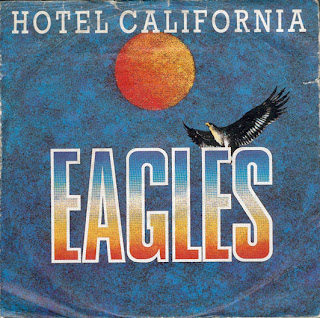 What We First Thought: Is it next week yet?

For some bizarre reason, Series 6 didn’t go down that well with most fans. What they produced, in my opinion, was a decent solid run of episodes that didn’t really contain the same highs and lows as any other new series to date.  I said in the fanzine at the time, that I didn’t think that the break worked as hoped – on paper, it seemed to be a good idea - the dramatic affect after A Good Man Goes To War was achieved as planned, but at times you can only build up something so much that the viewing public will create unrealistic expectations for themselves, so Let’s Kill Hitler and the rest of the series would never come up to scratch.

This series is typified by The God Complex – a solid episode, with a spooky story that makes you think about, well, everything that you believe in.  It’s far better written than most of the stuff that the RTD era produced, but yet it doesn’t quite jump out at you, like the Minotaur the story contains.  The idea behind it was very clever, but maybe it should have been more – a lot more. We had another question of people’s faiths (which was explored in one of the better RTD-era stories – The Impossible Planet/The Satan Pit) and it was a very strong base to work from, in how each character was portrayed.  This is an episode that I feel would have benefitted from a few more minutes, maybe another character to kill off, just to give us more information about what was going on, why the Minotaur was imprisoned.

One of the (many) reasons that I love Doctor Who, is that it’s able to draw one-story characters so clearly and involve them in the on-going narrative like they’ve been there all the time.  Rita will go down as one of the ‘should have been a companion’ as she was utterly likeable, maintained a great rapport with The Doctor and was brave to the end.  She (and even characters like Howie and Gibbis) even had a bit of backstory, due in no small part to the idea of the rooms containing their worst nightmares.  This piece of narrative allowed us to look into their lives and see what kind of people they are.  Things like that draw me into the story more, make me care about the characters, so you can imagine how pissed off I was when Rita copped it!

On a technical note – I REALLY enjoyed the scene with The Doctor and Amy/Amelia.  It’s just a little thing to some people, but something as throwaway as a couple of camera transitions between Amy and Amelia, whilst The Doctor is talking to her, telling her that he let her down and she shouldn’t put her faith in him, just looks brilliant and adds so much to the scene.  The pair of Amy’s didn’t even speak a line during that scene, because they don’t need to – everything you needed to know was covered by those transitions.  Then again, when it’s directed by Nick Hurran, the bloke who did The Girl Who Waited, then it’s no surprise that this story was shot as well as it was!

I can take-or-leave David Walliams, but his performance as Gibbis was great and apart from the comic asides the character had – he was able to deliver a decent dramatic performance, that actually seemed alien, rather than a human pretending to be an alien.  Even though Toby Whithouse wrote a great script for this episode, I’d imagine it was Hurran who got the best out of Walliams (as a role like Gibbis, played by a comic actor, had the potential to be over-the-top – even having him eating a goldfish looked sickening to me!)  As mentioned, the other characters were well drawn out and I’ve come to the conclusion that this episode is the most underrated of the series.  And with talents like Whithouse and Hurran on board for Series 7, expect great things. (Now who’s the one building the hype?!)

I must mention the ending, which was a nice twist and showed us that The Doctor knows what is coming. It was sad, yet you couldn’t help but agree with The Doctor that he seems to attract trouble.  It’s a aspect of Doctor Who that I feel doesn’t get covered enough, so it’s great to see it addressed here. We all know that Amy and Rory are coming back, but this is the end of the road for The Doctor being reckless with his friends.  Maybe that was his worst nightmare?

(Or maybe it was a nude Adric, bending seductively over the console. Who knows?)

@AbelUndercity: "Next time, the Sheraton instead"
David MacGowan: "kubrick and 'nimon' in a blender"

If you would like to contribute a 5-word review for Closing Time  please @ us on Twitter, using the hashtag #stormageddon (what else?), or post on our Facebook Page!
arthur darvil doctor who dr who karen gillan matt smith nick hurran sci-fi toby whithouse uk