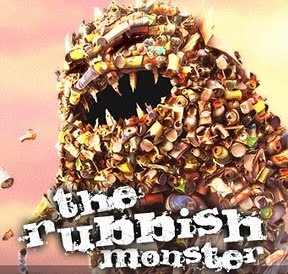 If I feel that The Doctor’s Wife is a tad overrated, then The Rebel Flesh/The Almost People is slightly underrated. But it could have been so much more enjoyable if a few creases were ironed out.  Or obliterated, in some cases.

I like Matthew Graham. Together with his writing team, they produced 5 great years of telly in the shape of Life on Mars and Ashes To Ashes.  True, the odd Bonekickers episode (okay, ALL of them) may have spoiled the party, but then there’s also Fear Her on his CV.  I’ll be honest and say that I don’t dislike that episode as much as some people seem to do.  It was by far the ‘cheap episode’ of the series and a late replacement for something else.  Graham probably didn’t have much room to lay down his own ideas and apart from a couple of good humour bits (yes, a couple – The Doctor’s answer to ‘What’s your game?’ and the ‘marmalade jar incident’) it was forgettable. So what will he be able to achieve with a budget and more time?

Just to get what I didn’t like out of the way first – I really didn’t like the flesh being some kind of evil Stretch Armstrongsies (but without the extremely camp look) - it took me out of the story then and it does the same now. I don’t understand the need to build up the story on strong morals and then spoil it with a cheap effect to scare the kids.  An image of the flesh corpses was far more eerie than having a head stretch out at you.  Oh and the episode titles seem to be the wrong way around too!

Despite the odd gripe, there were plenty of scenes that really stood out – mainly the one early on, when the flesh Jennifer is trying to profess to Rory that she is (also) Jennifer, and in between the tears she’s shouting ‘I’m Me! Me! Me!’ then all of a sudden – her face turns back to normal, emphasising that she is being truthful with her words. The flesh Cleaves was also interesting to watch too, as early on you can see that she is the complete opposite of the original Cleaves.  The flesh version wants to sit down and have a chat, whereas the original isn’t interested and actually causes the ‘war’ after she kills a flesh.  This is something that I would have liked to have seen carry on throughout the story, but as it ran on, the original Cleaves became mellower and willing to listen to The Doctor.

Watching this again made me appreciate the story of The Flesh a bit more.  Just imagine it – these people are you. They’re not some cheap Xeroxed copy that has just been born, they retain everything that is you, the very moment that you copied yourself. They aren’t robots, or computer code but actual living, breathing humans. Now back to what I was saying about not liking the ridiculous monster bits, all that just takes away any sympathies a viewer may have had, when they see something stomping around like that.  The concept of The Flesh could prove to be difficult to get your head round, but when you have them morphing into flesh monsters, then the viewer will just dismiss them as such.  So all that effort in building them up, laying down that psychological story, is just wasted and it’s a great shame, because this story should have been a lot more.

I was genuinely taken aback by the cliffhanger at the end of the episode when I first watched this. After watching it back - it seems bloody obvious now!  But that old chestnut of ‘if you don’t look for it, then you won’t find it’ very much comes into play here, so it’s to the script’s credit that it hides all the signs very well.  I also loved how the two Doctor’s got together to confuse Amy – did he work out that flesh latch on to other flesh, which is why she rejected The original Doctor? True, the whole swapping shoes idea probably clinched it, but The Doctor didn’t plan for his shoes to be melted!  He did plan to land at that very location though, as it seems he has worked out what was going on with Amy’s ‘pregnancy’ and it’s great to see that mysterious and plotting side of The Doctor.  His ruse also put him on the path to uncovering another mystery – as Amy tells him about his death!  With the second half of the series now nicely poised to tell us that part of the story, credit must go to Steven Moffat for actually addressing the many knots he tied together with his plotting. And in some style too!

It’s clear that this episode was written with Moffat’s overall story of the series in mind, so maybe Graham didn’t have much room to tell his own story after all.  One day I hope he can – he DOES have the talent to write great Doctor Who stories…

What We Think Now: Burn that Flesh Monster! Burn it!

If you would like to contribute a 5-word review for A Good Man Goes To War/Let's Kill Hitler  please @ us on Twitter, using the hashtag #whatthehellisgoingon, or post on our Facebook Page!
bbc doctor who dr who matthew graham reviews sci-fi steven moffat