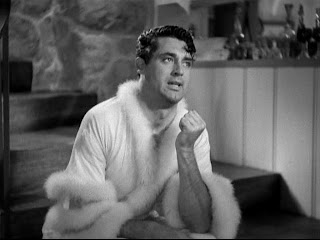 NIGHT TERRORS IS THE SCARIEST EPISODE EVER! screamed the Doctor Who hype machine, which at times can give North Korea a run for its money. I don’t know why people just can’t sit down and watch an episode without any tags attached it.  It’s not the first time this has happened and it certainly won’t be the last.

The overwhelming feeling I’ve gauged from this episode is that ‘it’s Fear Her, done properly’.  True, the budget for this probably wasn’t as vast for other episodes in the series, but it certainly had a lot more pumped into it than Fear Her AND Mark Gatiss didn’t have 20 minutes to write it!  Night Terrors is just another decent watch and an episode that’s great to watch with your kids. Saying that, I firmly believe that there’s a message in this for parents and children alike – the kid being an alien was a nice twist (a nice nod to adoption, perhaps?), we had The Doctor encouraging him to ‘stand up to your fears – you’re the only one who can do it’ and, more importantly, the story seemed to make more sense than what Fear Her did!

I’ll be honest and say that on first watch (while sat in a posh hotel room in Derby, with a fluffy dressing gown on, after attending a Doctor Who convention) I didn’t really take much away from this episode.  So with what seems like everything that concerns Doctor Who – its well worth coming back to later!  It’s a lesson I’ve learned from doing these reviews and it’s something I’m going to try and take forward!

I didn’t mind the ‘monsters’ so much, perhaps I’m being a bit unfair in knocking the SCARY aspect of the episode – to a kid it might seem a bit creepy. What IS scary is me telling you that I had nothing on under the dressing gown. The main thing that bothered me about the episode though, was why were all of his ‘scary toys’ put in a cupboard, in the same room! I know the story wouldn’t have made sense otherwise, but it just struck me as something that wouldn’t really happen in real life. As wouldn’t an 8 year-old boy having a doll’s house! Maybe that’s a different story altogether, one which will also include his teens, bad tracksuits and cider. I’m already writing the script.

What We Think Now: Is Amy Pond wooden? Does she give you wood? Enough of this hilarious highbrow ‘comedy’ – you can read more of that in the fanzine!

If you would like to contribute a 5-word review for The Girl Who Waited  please @ us on Twitter, using the hashtag #handyrobots, or post on our Facebook Page!
arthur darvil doctor who dr who karen gillan mark gatiss matt smith sci-fi