The Matt Smith Review: Part 13 - The Curse of The Black Spot 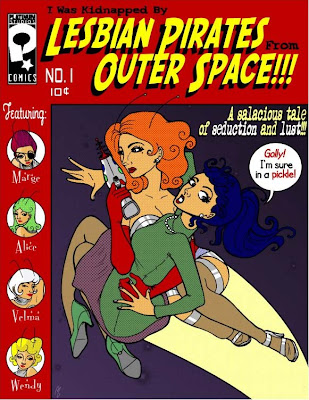 What We First Thought: That was okay…

You know what? I was going to buck the trend once again here by saying that I enjoyed The Curse of The Black Spot, but after watching this again, I can see more holes in it than Mitt Romney’s brain.  I want to like this, I really do, but the many errors are just screaming out and I can’t help but listen.

After a promising start, we have Amy coming over all Pirate. What’s that all about then? I can understand that some leeway was needed in order to inject a bit of fun, but come on!  She handled that sword like she had been taking lessons on a regular basis (which Karen had been doing actually – WHY?) At least insert a bit of nervousness on Amy’s part, with her trying to handle the sword. To be fair though - that scene was almost done to perfection, with the Pirates staying out of her way because a cut would be it for them.

That child! Honestly, I reckon he is the most annoying character in Doctor Who history, based wholly on his first few minutes.  I’m sure we’d all be in agreement with the Pirate, if he had booted that little gobshite in the face for cutting him.  I had no sympathy towards him. I didn’t care if he died. He just pissed me off.  Now isn’t that the fault of the writing? Aren’t we supposed to care about the characters? Especially those who have just entered and been given a back-story for us to invest our feelings in? I would have chucked the little idiot in the sea.  I would get his eyes tested too – why on earth would he think that these Pirates are Royal Navy when there isn’t a uniform in sight?

I thought the idea of the Siren was okay (making a big song-and-dance about casting Lily Cole, and having her not speaking a line was hilarious!), but why didn’t The Doctor spot what she was, sooner? After about 10 minutes, it seemed obvious to me that she was taking away the sick and injured for treatment, especially after Toby was coughing.  The Doctor’s comment of ‘she’s a hunter, waiting for her prey’ – would a cut to the arm REALLY maim someone so much that they’ll be weak and unable to get away?  It just seems so out of character for The Doctor – and then there’s the fact that he leaves the TARDIS when it’s taken.  Would he actually do that? I’ve always had the feeling that The Doctor is willing to die along with his ship, why would he leave when he knows it’s being taken? Surely he’ll want to know where it was going?  Then again, why didn’t the Siren spot that a cut to the arm wasn’t really serious? She’d bankrupt the NHS!

I really like Hugh Bonneville, but it was a shame he was giving a donkey of a script to work with.  I like how his character was actually a real Pirate, who had vanished without trace in the 19th Century.  If more empathises would have been put on his character (we had a vague ‘why did you become a Pirate’ plot) instead of scenes that didn’t make any sense, then this episode would have been much better.  The end scene with Avery and his Crew (notice that Toby had the pipe in his neck, so at least some continuity was going on) just smacked of Blakes 7 – Pirates In Space.  I can just about understand how Avery can steer the ship (note ‘just about’) and it tallies with his real-life disappearance.

That end though. I’m no Quincy (ME), but I can say that he would have been needed in his capacity as a pathologist if Amy had used the CPR technique that she used on Rory in real life.  I just hope any Children watching don’t take that on-board and listen to their teachers instead!  I know it’s only fiction, but if you don’t believe people pick things up off the telly, especially with it’s availability these days, then I’m afraid you’re wrong.  I really don’t understand why that scene was done so badly, there’s just no excuse and it’s very poor from director Jeremy Webb.  Doctor Who is big on teaching things to people (be it history, politics or how to behave properly!) so it’s a mystery why anyone didn’t demand this scene to be reshot.  For a while I thought that Rory had actually died, but when he miraculously survived, we all saw that Amy had given up, which is what Rory thought she’ll never do. Is that a plot-point that will crop up in the future? I’m not holding my breath.

As I said above, I really want to like The Curse of The Black Spot. It has everything – Pirates. Beards. Space. Pirates in Space! But sadly it didn’t just stick, because it was put together using some bad glue. Poundshop glue.

What We Think Now: It’ll be a long time before I watch that again!

If you would like to contribute a 5-word review for The Doctor's Wife  please @ us on Twitter, using the hashtag #igotmail, or post on our Facebook Page!
arthur darvil doctor who dr who henry avery hugh bonneville karen gillan lily cole matt smith pirates sci-fi steve thompson uk