The Matt Smith Review: Part 3 - Victory of The Daleks 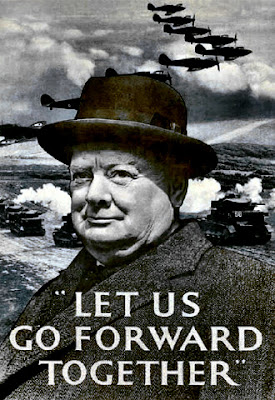 The Daleks eh? I’ve never been as fascinated with them as other people seem to be.  You’ll always hear “Well, Doctor Who isn’t Doctor Who without The Daleks”, but that’s not really true, is it? Despite being The Doctor for 7 years, Tom Baker only had two stories with them and his era was arguably the best ever.  Fair enough, this may have something to do with Terry Nation hoarding the rights, but it still points to the fact that Doctor Who doesn’t need Daleks to be successful.

The 2005 series though is an altogether different animal.  Like a Tiger with pink and blue stripes. We’ve had at least a Dalek cameo every single year since it returned.  Now the cynic in me believes that the fact that they appear every year, is due to a deal with the estate of Terry Nation, but that’s just idle gossip and probably not true.  What IS true, is that The Daleks are a huge moneymaking factory for BBC Worldwide – so there’s your answer.  It’s just extremely disappointing when we watch a Dalek story these days.  What stories since 2005’s ‘Dalek’ have actually contributed anything to the mythos behind them? Please don’t mention the Human Dalek – a concept that was hideously realised, before being dumped on its arse.  To be honest, I quite enjoy a good Dalek story. On audio. Big Finish’ Dalek Empire series have done more to build upon the Daleks than the New Series has ever achieved in 6 years - Human Daleks, Pig Slaves and silly re-designs included.  People may say that making money will only help the show in the long-run, but does it really help in creating a decent story?

When I look at Victory of The Daleks as an whole, it’s screaming out to be spilt into two episodes - there is just too much to cram into 40 minutes.  We’ve got plotlines flying all over the place, the direction is very shaky and the pacing is just very patchy in places.  Didn’t the creation of a new Dalek race deserve more explanation?  Didn’t these new Daleks need to be paraded for a bit longer? Didn’t Bracewell and the girl who lost her husband, deserve a bit more backstory?  Not to mention the Second World War setting, Amy’s first past adventure and how and why were The Doctor and Winston Churchill friends?  It’s a real shame, because with a bit more room to breathe, Victory of The Daleks had all the elements of a classic.  Yes, and I’m including the iDaleks in that statement!

To be fair to the episode though, it did have its moments.  I found it very intriguing that The Daleks sided with the British, rather than the Nazis, who they share most of their characteristics with.  It was also a nice change to see the Daleks win for once, which can only give The Doctor more headaches in the future.  Ian McNiece was very good as Churchill, and I think people should remember that he was doing a caricature -  the amount of cigars he had and usage of the pharse ‘KBO’, should prove that!

Bracewell being an android was another intriguing element and despite plenty of scorn being poured upon it by fandom, I bought the scene in which he had to remember his (stolen) life to deactivate the bomb inside him.  It’s like when you see someone who is upset or angry and you make them remember something nice (calm them down basically) that way, they aren’t likely to ‘explode’ and cause themselves harm.  And if you think of it in that sense, that is what makes Bracewell human – he has feelings like the rest of us.  It was also interesting to see that The Doctor, who isn’t human, wasn’t able to convince Bracewell that he had human feelings.  It took a real human, with real human feelings (Amy) to make him realise.  I thought that was a nice touch and provided one bright spark in this otherwise disappointing episode.

Perhaps I’ve touched on the Daleks too much, but again, there’s elements of the plot that make little sense to this GCSE-educated simpleton.  How on earth did the Progenitor device recognise The Doctor’s voice?  He couldn’t have met any previous Daleks in his future, as they don’t exist. Or will they? You see, I’ve confused myself now, perhaps a DNA identification was too much to ask?  As mentioned, I liked Bracewell but would The Doctor really leave an android walking around the 1940’s?  Letting him go was nice, very typical of The Doctor and was a great moment in the episode, but still, it was a bit silly not to include a better line to explain why he should be fine!

And ‘a bit silly’ is a phrase that best sums up Victory of The Daleks.

What We Think Now: Oh, is that it?

If you would like to contribute a 5-word review for Time of Angels/Flesh and Stone, please @ us on Twitter, using the hashtag #ComfyChair, or post on our Facebook Page!
bill paterson daleks doctor who dr who ian mcniece karen gillan mark gatiss matt smith second world war series 5 the blitz victory of the daleks winston churchill