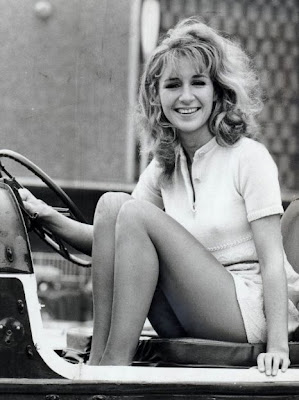 ‘Spearhead From Space’ was one of the first classic Doctor Who episodes I saw.  I had one of those free DVD’s that the paper was giving away and one of them had the first episode.  Not really expecting much, I was drawn in and loved that first episode.  It also helped that I was immediately struck by the strong female presence in the story, provided by Caroline John’s Liz Shaw.

Many people hold up Sarah Jane Smith as a rolemodel for being the first ‘Strong Independent Women’ in Doctor Who.  As a self-styled feminist, she had her moments.  But with the writers having her screaming every few episodes, it’s a bit difficult to place that title on her.  Liz Shaw was the first attempt at having a strong female character in the show. Sadly, in 1971 both parties parted ways (Caroline was pregnant, and producer Barry Letts wanted a different companion) and 42 years on, we’re left wondering what might have been if the character had have been developed more.  In today’s show, we would do anything for a character to be cast that wasn’t overawed by The Doctor and one who would often make fun of him.  You could argue that she was the first attempt at a ‘female Doctor’ in many ways – with her often using science to solve things, which would trickle down to the young viewers watching.

I don’t think that there’s any doubt that her finest moment was that as a, shall we say, a very different Liz Shaw in Inferno (which happened to be her final story).  It was the story that allowed the actors to play something different and have some fun, and it’s clear that certainly helped to make this one of the best Third Doctor stories.  If there’s one story to remember Caroline John by, put that one on!  Over the years, she appeared in many spin-offs and audios – most recently reprising the role of Liz Shaw for Big Finish’s Companion Chronicles series.

Despite the end to her time on Doctor Who being so long ago, Caroline was always a face on the convention scene and many people have fond stories to tell about her. Words like ‘Classy Lady’ are often banded about when fans talk about meeting her in person.  And as time goes on, I think it’s very important that we sit back and remember the contributions of members of the Doctor Who family we have lost, because without them, our little obsession may not be as special as we’d like to think.