- September 17, 2010
Issue 2 is now out in print and available to purchase! The free download will be available next week. So in the meantime..here is a little something from Issue 2 to wet your appetite!

ALL THE
TABLOID NEWSPAPER
RUMOURS – ALL
THE TIME


Matt Smith Is Rubbish And Is Getting Sacked 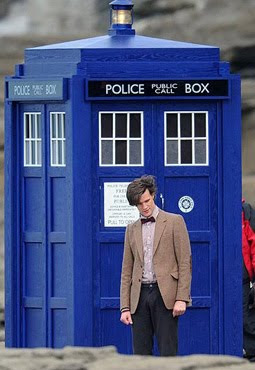 Doctor Who fans have seemingly got their way. A bloke I spoke to down the pub reckons that Matt Smith will be sacked as Doctor Who, because ‘he isn’t as good as David Tennant and the geeks don’t like him’. Message Boards have been awash with calls for the actor, 16, to be booted out. I must say that I agree with them, as the internet is never wrong. Not that I steal anything off there and publish it here, mind.

Despite smashing all records for most views on the BBC IPlayer and viewing figures on BBC America, SPACE and some Australian channel (not to mention the upturn in profits of DVD’s, books and other merchandise) the interest in Doctor Who is at an all-time low and I know this because my ‘insider’ said so (well, she told my mum at the bingo anyway). Stick that in your pipe and smoke it, Matt Smith nerds!


It’s not been a great week for the outgoing Time Lad, as our snappers caught him hanging outside a public lavatory this week (see above). The dirty beast!
doctor who dr who fanzine fish fingers and custard issue 2 matt smith rumours