The Randomiser - 50 Years of Doctor Who Stories - Part 1

- November 18, 2013
To celebrate 50 years of Doctor Who stories, we decided to do something that is perhaps a tad ambitious for our lazy selves – watching and reviewing two Doctor Who stories a day (one per Doctor) up until the 23rd November.  Somehow, we hope these quick observations and thoughts will make a little bit of sense and get you (and us!) in the mood in time for the big day!

We’ve used our hi-tec ‘randomiser’ (a lid of a Quality Street tub and pieces of paper, with numbers corresponding to episodes, written on them) and drew one out for each Doctor. So we have our 11 random stories to watch in 5 days (yes, we know that on one day, we’ll need to watch 3!) question is, what are they?

Well here are our first two:

Piece of paper No6 meant that I drew out ‘The Aztecs’. A story which saw The Doctor hitting on women,

long before the modern day series, Barbara becoming a god, Ian having (what seemed like) drunken fights and Susan just shouting at people. It’s great.

Written by John Lucarotti, who had previously written Marco Polo and would go on to write The Massacre of St. Bartholomew’s Eve and also be commissioned to write The Ark In Space (but never completed his work as it was re-written), the story sees the TARDIS land in Mexico at the time of Aztecs and after Barbara goes snooping and gets herself locked in a temple, it’s up to the others to go and rescue her. Unfortunately, there’s a political threat going on… 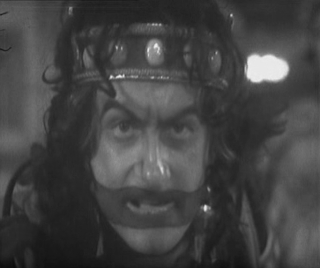 I quite enjoyed this story the first time I saw it - and I still do now.  The ending of the first episode is quality, as Tlotoxl looks straight into the camera – at you – and says I will destroy her! I can just imagine viewers at the time being slightly frightened. He’s really not a pleasant fellow to look at either (thanks to the make-up may I add!)

There’s some good character development too – Barbara believes she can change history and despite The Doctor advising against it (You can’t change history – not one line!) she still tries but ultimately sees through her own folly.  The Doctor too has started to mellow and this is a great performance by Hartnell. He’s got a good rapport with Jacqueline Hill in this and the plot of him and the Aztec woman is amusing and a little bit heartbreaking, if truth be told.  The scene of him putting down the gift which she gave him, before he left in the TARDIS, only for him to turn back, pick it up again and slip it into his pocket, just shows you the amount of feeling that The Doctor has.  Much different to what he was like in the prior stories.

Ian on the other hand, cements his position as the ‘Action Man’ of the show, as when he’s not knocking out an Aztec warrior with his thumb, he’s having a rather funny fight scene with his nemesis and eventually throws him to his death. Powerful stuff.  John Ringham (Tlotoxl) almost steals the show with his sneaky political dealings and attempts to proclaim Barbara as an imposter (which she is of course).  Sometimes I wonder who the real villains are in Doctor Who – what if they would have never landed there? Would as many people have had their lives changed? The place would have carried on as normal, surely? The Doctor claims to Barbara that you failed a civilisation but you saved one man but was the death of a couple of people worth that? It’s something to think about at least!

So if you’re looking for an early Doctor Who that is enjoyable, has some great characters and lines – The Aztecs might just fit the bill.

I’ll level with you here – this is the first time I’ve seen The Dominators.  And to be even more honest – despite reading negative reviews, I actually enjoyed it.  Okay, the story is too long and the Quarks and costumes are hilarious, but that’s exactly why I like it!

Written by Mervyn Haisman and Henry Lincoln (under the pseudonym ‘Norman Ashby’ – you probably can guess why) the story sees The Doctor, Jamie and Zoe ‘on holiday’ on a planet that The Doctor thinks is safe, but apparently, it's radioactive and the occupants of a spaceship are hanging around, killing people who get in their way… 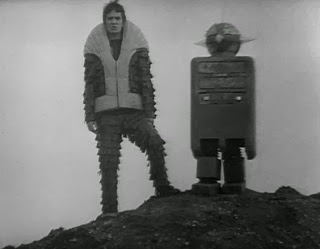 I can see why this story gets a bit of negative reaction - if you’re not in the mood, especially after watching people, dressed in curtains, hauling rocks for a couple of episodes and being shouted at by men wearing boiler jackets about 10 sizes too big, it can rub you up the wrong way.  Apparently this was originally going to be a 6-parter, but was cut because of the lack of material - it would be better as a 3-parter in all honesty, as the actual ‘story’ doesn’t get going until the third episode.

I really enjoyed the character of Cully (played by Arthur Cox, who would later, much later, pop up as Mr Henderson in The Eleventh Hour) who seemed like one of those men, born into a powerful family and wanted to do something to please his father. I giggled at his ‘Cully’s Adventures Limited’ business and his partnership with Jamie seemed to work well too. Sadly, the words ‘character development’ couldn’t have applied to any of the others in the story.  I also thought that they were really going somewhere with the two ‘Dominators’ but the angst between them didn’t boil over, apart from the one time when things quickly got sorted out.

The Quarks. Oh dear. On paper they seem like a good idea – robots that can seemingly do anything, apart from notice someone coming up behind them with a threatening bedsheet. They were billed as the ‘next Daleks’ but I refuse to believe that even in the 1960’s, they looked nothing else but small men dressed in cardboard, bumbling around. Still, it’s the sort of thing that makes you love Doctor Who, so I don’t mind really!

The Dominators, for blindingly obvious reasons, isn’t down as a classic, but if you’re after rubbish monsters, it’s the one for you!

More random stories tomorrow, as the Third and Fourth Doctor’s are the subject of our Randomiser!
aztecs doctor who dr who patrick troughton quarks reviews sci-fi the domainators uk william hartnell