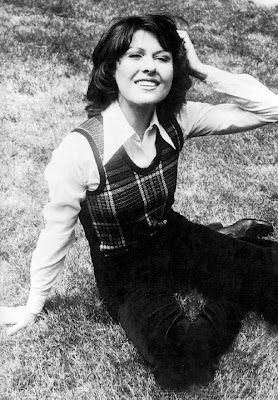 Like many others, I couldn’t quite believe the news. Lis Sladen can’t be gone, surely? It took the BBC news report for it to sink in and even then, I still couldn’t believe it. Lis was a person who always looked so well for her age and I would never have guessed in a million years that she was ill. But she was, but she kept it private, which I think speaks volumes about the lady.
The reaction has been that of shock around the world, as many people, in many countries, grew up with Sarah Jane Smith. Lis didn’t just brighten the day for kids of the 1970’s, she also did it for the kids of today with The Sarah Jane Adventures too. Reading these messages from children on the Newsround website just shows how well this middle-aged lady is thought of. She was definitely someone special.

For many, Sarah Jane was ‘their’ companion. My first foray into ‘classic’ Doctor Who was Tom Baker’s first series and watching her and The Doctor wind up Harry, seeing them working with each other to defeat a foe - you could tell exactly why this girl was used as the bridging gap between Pertwee-Baker. Her acting qualities could hold things together and I will defy anyone not to have a lump in their throat when watching the last few minutes of 'Planet of The Spiders'. Just beautiful.

Anyone who met Lis has said she was gracious with her time and was a big promoter of the show and Sarah Jane in particular. We owe these people a hell of a lot for keeping the positivity going, when the series was off air and, in some quarters, a laughing stock. Doctor Who fans do take news of their show to heart and it’s been really nice to see all the outpouring of grief, but Lis was private about her news for a reason - that of her family. All our condolences and thoughts should be with her husband and daughter at this time.

I’m really struggling to write something that makes sense here, as it was such a shock to us all. It’s even more of a shame that it was just weeks after her good friend, Nick Courtney too. I’ll leave this link to Tom Baker’s tribute, as nobody could put it any better. Rest in peace and thanks for everything, Lis.


There will be a full tribute to both Lis and Nick in Issue 5 of Fish Fingers and Custard. If you would like to send in your memories of Lis/Sarah please e-mail them to fishcustardfanzine@googlemail.com before the 29th April